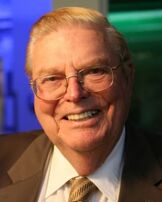 Lorry Lokey graduated from Stanford University. In 1961 he founded “ Business Wire ” a communication business that was sold in 2006 to Warren Buffet. A WWII vet, he has three daughters, and lives in Indian Wells, California and Hawaii. He has donated millions generously to a number of charitable and educational institutions including the University of Oregion, Portland State University, Stanford, and Alameda grade school.​

Larry Black, was an all-city tackle on a state championship football team at Grant. He founded an internationally acclaimed stock brokerage in Portland, Black & Company, which had a seat on the New York stock exchange. He was instrumental in arranging financing for numerous local Portland businesses.

​Larry lives in Lake Oswego with his wife, Susan, with whom he has five daughters, and is a lifetime member of your Grant High Alumni Association. 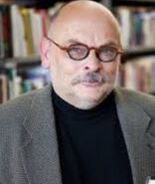 Mike Powell opened his first bookstore in 1970 in Chicago. His father, Walter, worked with Michael one summer and so enjoyed the experience that he opened his own used bookstore in Portland which became very popular.

Mike joined his father's business in 1979 and took it over in 1982, building Powell's Books into an internationally famous store. The store is continually listed as a major tourist attraction in the City of Roses, and is thought to be the world’s largest independent bookstore. Four decades later the store continues to be a cornerstone of the community and is a third-generation family-owned business with daughter Emily Powell at the helm.

Mike lives in Portland with his wife, Alice.

Sally Struthers is one of several nationally famous Grantonians in the entertainment field. Starting in 1971, she starred as Gloria in the hit television series "All in the Family," which won numeous Emmy and Golden Globe awards.

Sally has also appeared in other television shows, movies, and on Broadway. She lives in Los Angeles, still acting in various venues. She has a daughter, Samantha.