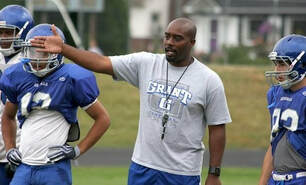 Our first story, for what we hope will include other Grant Alumni, begins with an interview by the President of the Grant High School Alumni Association when he sat down on December 10, 2018 with former Grant faculty member, Diallo Lewis for this discussion.

Interview of Diallo Lewis
This is Gerry Spencer, President of the Grant Alumni Association. I am about to interview Diallo Lewis, Assistant Athletic Director of the Portland School District.
Gerry: Thank you for making time, I know you are busy. So, let’s get right to it. Where did you go to high school and college?
Diallo: I lived in northeast Portland, so I went to Portland schools. I went to Irvington, Fernwood for middle-school, Benson freshman and then transitioned to Jesuit High for my Sophomore through Senior year.
Gerry: That’s where you graduated?
Diallo: Yes, I graduated there in 1992.
Gerry: Did you compete in one or more sports at those schools?
Diallo: Yes, I did, I participated in both football and basketball at Benson and also at Jesuit. I trained with the track team but never competed in a meet.
Gerry: I think you told me at one time that you were all-city or all-state. Right?
Diallo: Yeah, I was, a quarterback, all-league and first team all-state.
Gerry: You went to college where?
Diallo: Portland State.
Gerry: And you played???
Diallo: I played one year, the ’92 season, it was in the Pokey Allen era.
Gerry: You played for Pokey, that must have been fun and interesting.
Diallo: Oh, Yeah.
Gerry: OK, so when did you start at Grant High School?
Diallo: The summer of 2003.
Gerry: And in what capacity?
Diallo: When I first came to Grant, I came here as a school counselor.
Gerry: And how many years were you at Grant?
Diallo: 15.
Gerry: You wore five hats while at Grant: Coach, teacher, counselor, athletic director, and Vice-Principal. What was your progression, in others words where did you start and as you held your various positions, did you enjoy all of them?
Diallo: Absolutely, I enjoyed each of the positions I held at Grant. I started out as a school counselor, I was also a football coach: the assistant football coach for the first couple years and then transitioned into being the head football coach. I was the head coach for 10 years. I was in the role of school counselor for 9 years, then I transitioned into the role of Athletic Director for 2; I was co-athletic director with Matt Kobza who is still at Grant; a teacher and baseball coach. During the time I was in the AD office, I was teaching one class which was a leadership class for freshman boys.
Gerry: Did you enjoy all those positions?
Diallo: I enjoyed them all. They all brought unique challenges and experiences but I definitely enjoyed them all.
Gerry: Your coaching record with the Generals was excellent; can you expand on that please? Tell us how successful you were?
Diallo: It’s hard for me; not wanting to talk about myself much. All I can say is we had some great times coaching at Grant. Twelve seasons. During that time I believe we made a trip to the semi-finals, multiple trips to the quarter finals, making the playoffs eleven of the twelve years.
Gerry: Any regrets about leaving Grant?
Diallo: None.
Gerry: Ready to move on?
Diallo: Yes, I think change is good. Just as I have had to experience change in my roles at Grant, I think this new role/position offers a unique challenge and experience. An opportunity to grow in a different way.
Gerry: What is your job description with the Portland School District? I know you work in sports, am I correct in that?
Diallo: Yes, so I am the Assistant Director of Athletics. I support the PIL office. My primary focus or responsibility is to oversee middle school sports; in which we are serving roughly 5000 students in the Portland area. It is a responsibility I am thoroughly enjoying. I am working hard to establish a good communication between the middle school coaches and the high school coaches.
Gerry: I thank you for your time, Diallo. I wish you continued success.
Click on photos to enlarge 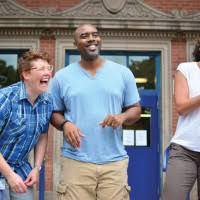 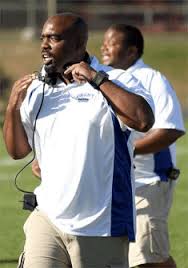 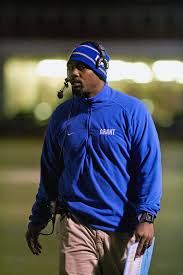